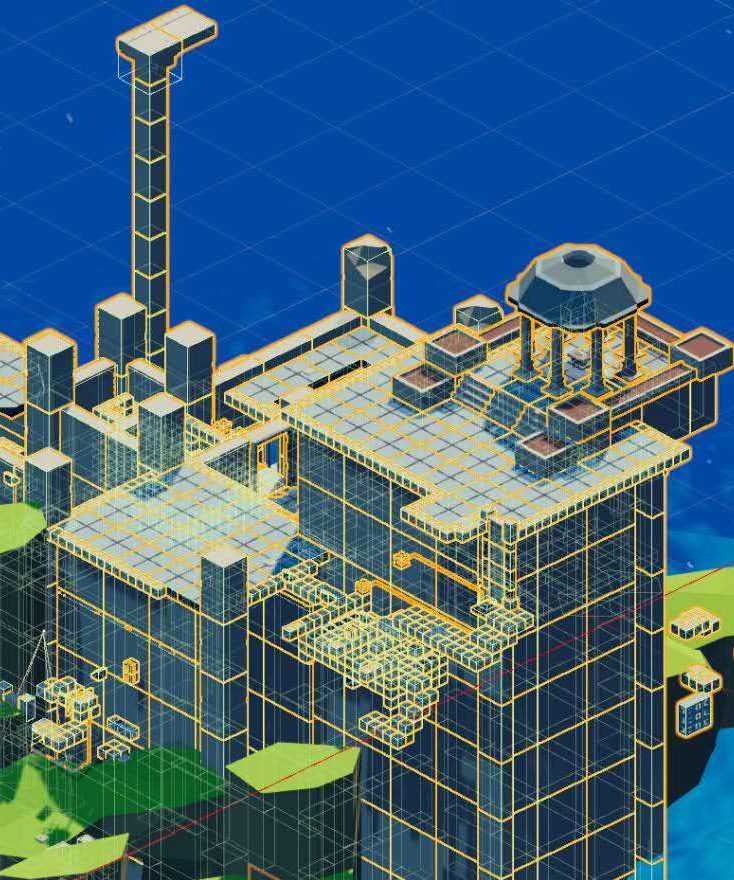 of Quark is a 3D puzzle game aiming to inspire teenagers from age 13 to 18 to code while keep being an entertaining experience. The game is developed by Team Parallel during Spring 2018 semester collaborating with E-line Media and Endless Interactive.

I was the game designer and narrative designer in the team.  of Quark sets on island with mysterious mechanisms and player’s goal is to solve puzzles by using the ability to manipulating those machines. Player’s input involves “Move”, “Rotate” and “Wait” as basic functions as well as a “Loop” function to simulate recursive logic in programming. The game has 16 puzzles with 12 in the main line and 4 for bonus challenge. Players will be awarded “puzzle blueprints” as hints for later main-line puzzles.

During the semester, we hold several playtest sessions to multiple groups of high-school students, which significantly helped our iteration process. We adjusted level progression based on feedback saying that they could not quickly understand functions in the process. We decided to include a dual-layer tutorial system for each game mechanics: the game offers an additional challenge puzzle right after the tutorial puzzle of certain game mechanics, helping players to further understand the usage of the mechanics.